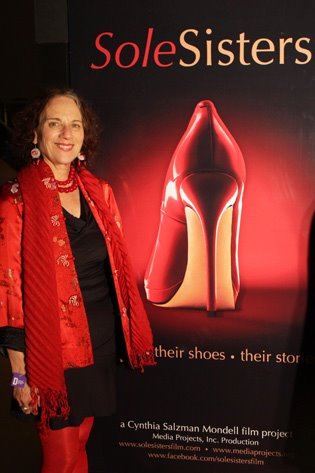 Cynthia Salzman Mondell is an independent documentary filmmaker who is committed to projects that she feels have something to say about the world she lives in and the complex social forces that affect all of us. Her first documentary, an investigative look into discriminatory housing issues in Dallas, aired on public television in 1977.

She then teamed up with Allen Mondell to form Media Projects. Together, they have created more than forty films, with much of their work focusing on American women, from a history of the modern women’s rights movement (Dreams of Equality), to a light-hearted glimpse into the secret culture of women’s restrooms (The Ladies Room). They have chronicled the struggles of four black teenage girls growing up in a public housing project, captured the dramatic, unpredictable career of cosmetics entrepreneur Mary Kay, followed female women on the nightclub circuit, and poignantly portrayed the emotional, economic and legal problems confronting divorced homemakers at mid-life.

Although their work explores a wide range of subjects, their goal is to personalize often complex social problems, using dramatic re-enactments, archival footage and stills, and intimate character studies. Most of the Mondells’ films have aired nationally on television and have won numerous awards, including a Lone Star Emmy, Gracie Award, Cine Award, and a Women In Film Topaz award. Cynthia, a former artist in residence at University of Texas of Dallas, is past president of Women In Film in Dallas and past president of the Board of New Day Films, a nationally known independent film distribution cooperative based in New York City. Today, she is immersed in the pre-production of Sole Sisters.

Shweta is a marketing profession with over 15 years of experience,     well-versed in digital marketing, strategic planning, and  brand  management. She is passionate about her work and has   consistently exceeded performance metrics when it comes to revenue generation, customer reach, brand awareness, and other measurable growth factors. In her free time she loves to paint and cook. She feels strongly about social causes and the need for equality and freedom for everyone. SOLE SISTERS touches upon themes that are close to her heart and sole (soul too), which explains her  dedication to the project 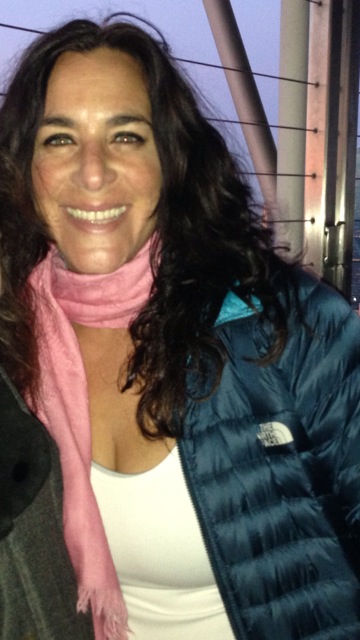 Fonya Naomi Mondell was born into the film business. At a young age her award-winning documentary filmmaker parents were too cheap to pay for babysitters so Fonya often accompanied her parents on their sets and grew up sleeping on editing room floors. While in college, she made her own award-winning documentary, We’re Not Stupid: Living With a Learning Difference. The film is used in schools worldwide.

She began her professional career in 1997 as a production assistant on a Burt Reynolds feature after arriving in Los Angeles just 3 days earlier. She worked on numerous film productions, eventually moving up the ladder as an assistant director launching her into her producing career. Her ability to network effectively took her to the East Coast working in Florida and New York and then back to Los Angeles. By 2004, Fonya’s Spanish language skills landed her a job as a producer for nine months on a novella for Telemundo.

By 2005, Fonya was going to work in a bulletproof vest and helmet producing a show for A&E, Dallas Swat. After working closely with the Dallas Police department and A&E for a year and half, Fox Broadcasting company hired her to produce and direct thebehind- the-scenes webisodes for Prison Break and The Good Guys. Around the same time, Fonya worked with King Hollis and his company Media 13 to produce and direct promos, commercials and reality TV shows and movies.

Her most recent projects include co-producing and co-directing a 13-part series for Children’s Medical Center Dallas that aired on WFAA-TV and co-producing the documentary – The History of the Texas Rangers: A Baseball Love Story.